Why is This Antisemitic?

This was discovered in a bathroom at San Francisco State University this week. 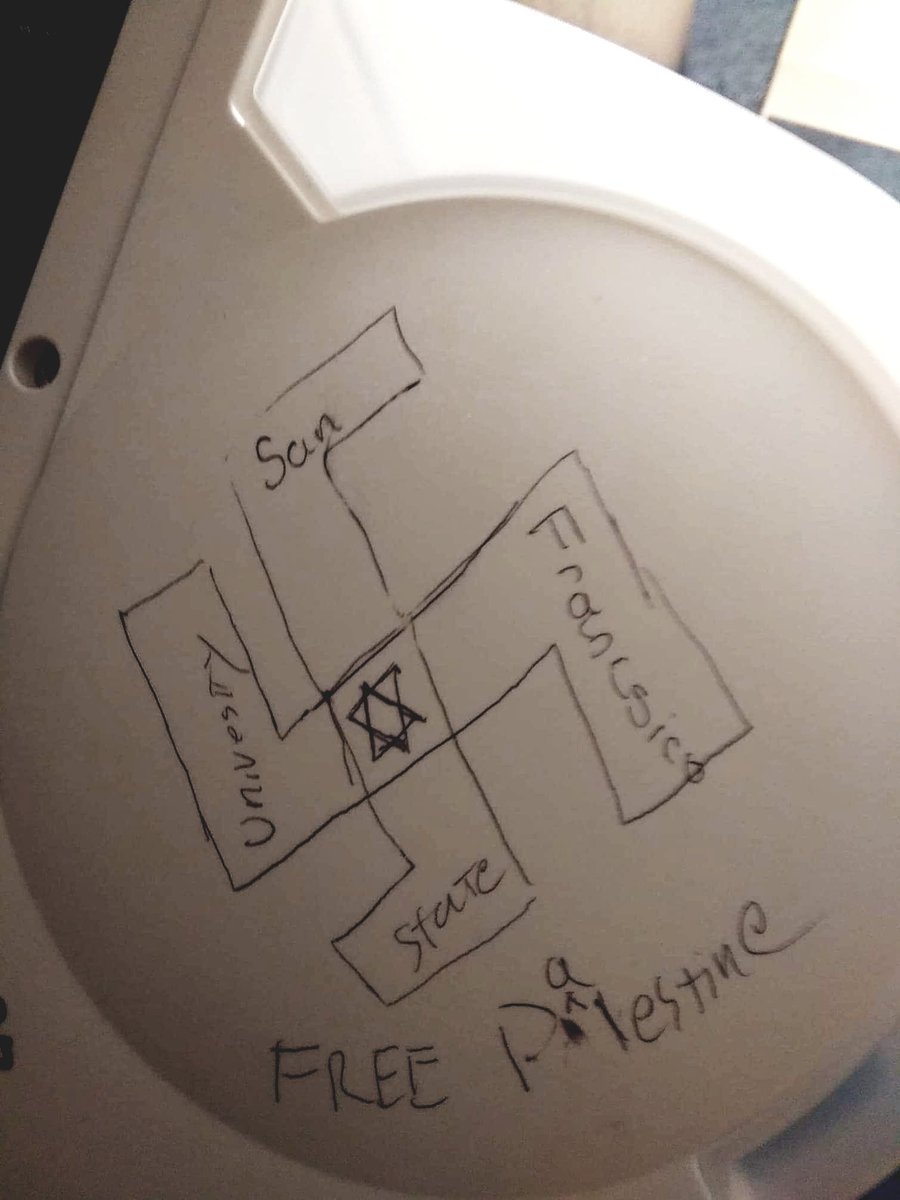 For those who can't see an image, it is a swastika labeled "San Francisco State University", with a Star of David in the middle. Below it, the author wrote "Free Palestine".

Most people have condemned this as antisemitic. I agree. But I want to actual go through the steps. In particular, I want to challenge some of the antisemitism skeptics -- the people who think too much is called antisemitic, particularly in the "criticism of Israel" subspecies -- why this is properly deemed antisemitic (or, perhaps, for them to forthrightly assert that it is not).

In doing so, I want to insist on keeping the focus on the graffiti being a case of antisemitism. Certainly, it is vandalism, and therefore is a crime regardless of whether it is specifically antisemitic or not. Likewise it might be described as rude, uncouth, overwrought, insensitive, or any number of other bad things that nonetheless are distinct from antisemitism. David Hirsh describes this pivot as "pleading guilty to the lesser charge" -- admitting that a challenged piece of conduct is wrong in some way while holding the line that it was not antisemitic. I fully accept that many people will agree that this graffiti was "wrong", in some way, but I want to concentrate on establishing it specifically as an antisemitic wrong.

So, why is the above antisemitic? Here are some candidates:


If we think that this scrawl was antisemitic, we implicitly reject at least some of these defenses. We have to commit to the position that using the Star of David to denote a group that you hate is antisemitic, or that comparing Israel to Nazism is antisemitic. And that, in turn, should constrain us come other cases. The fact is, if we think this was an antisemitic act, then we can't be so blithe in asserting that other perhaps more elegant acts whose alleged antisemitism rests on similar presuppositions (e.g., that Israel = Nazi comparisons are antisemitic) are mere "criticism of Israel". And, by contrast, if we want to hold the line and say that it is not antisemitic to compare Israel to Nazis, then we are far harder pressed to agree that even an act like this is an antisemitic act.
Posted by David Schraub at 8:29 PM