Back when President Obama was elected, a Greek newspaper hailed the results as the end of Jewish domination (to which I responded that the 78% of Jews who voted for Mr. Obama must have been very confused indeed). Alas, now the far-right fringe is discovering no such luck. Scope the image that recently "graced" the homepage of Wake Up America, a right-wing website set up by (among others) two North Carolina Republican state legislators. 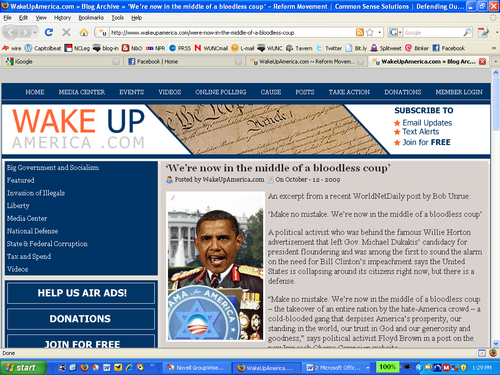 It has since been taken down, albeit without any explanation I can see.
Posted by David Schraub at 1:34 PM