Justice Antonin Scalia, the senior-most Associate Justice on the Supreme Court, has died. He was 79. Scalia served on the Court for 30 years, following stints on the D.C. Circuit and time as a professor at the University of Chicago Law School.

Obviously, this comes with significant political and legal ramifications. Not only was Justice Scalia considered the intellectual powerhouse of the Court's right wing, his departure converts a 5-4 conservative majority into an equally divided Court. Even if the Senate refuses to confirm any Obama nominee, this matters -- in the event of an evenly divided vote, lower-court decisions stand

Still, there will be time enough to delve into the gritty, necessary task of judicial politics later. For now, it's worth reflecting on the mark Justice Scalia has left on the legal landscape. It is considerable. I think there are very few law students who, exhausted from slogging through some of the more stultifying prose that often graces the United States Reports, did not find Justice Scalia's writing to be a breath of fresh air. He was witty, often cuttingly so, and his dissent in PGA Tour v. Martin may be the funniest Supreme Court opinion ever written. Writing aside, Scalia had a flair for taking bold stands that demanded a response if not agreement, and which often set the tone for what would become the consensus conservative position in the years to come.

My friend Kim Smith put it best: "Antonin Scalia was often brilliant and occasionally right." There are worse epitaphs for a Supreme Court justice to have. Rest in peace, and condolences to his friends and family.
Posted by David Schraub at 5:28 PM No comments:

The First Post of the Rest of My Life

I just turned 30 (on Thursday). Happy birthday to me!

Arguably, that's part of why the blog has been quiet these past couple days -- a mix of celebration and mourning. But in reality, I just haven't really found anything that grabs my eye. In any event, I didn't want folks to get the wrong impression -- that now that I've officially entered my old age this blog would be shutting down. I have no plans of that. Just a normal lull, as is prone to happen. I'm not as quick as I used to be, after all.
Posted by David Schraub at 2:43 AM 1 comment:

I have stressed before, and I will again, that Democrats are extraordinarily fortunate to have two excellent candidates competing for our nomination. I will happily vote for either, not just because "God help us if a Republican wins", but because I think both are decent, smart, progressive individuals who will make fine Presidents. There are good reasons to vote for either Clinton or Sanders in the primary; I begrudge nobody of their choice (so long as it isn't followed up with the incredibly stupid choice of refusing to vote for the Democratic nominee if the other one wins).

All that said, I have considered myself "lean Clinton" for the duration of this race, and perhaps it's time to explain why. I do think my reasoning is a bit idiosyncratic.

Let's start with what I like about Sanders. First, he's an unabashed progressive, and I am too. So right off the top, that's nice. Likewise, I will happily admit that it is meaningful to me to have a high-profile Jewish candidate in the race (and one with a classic Brooklyn Jewish accent, no less). And I actually think there is a solid case to be made that he's the more electable candidate vis-a-vis Clinton: He's the only candidate -- Republican or Democrat -- with positive favorables (48/37; Clinton is 42/53; Marco Rubio has the best spread among Republicans at 37/41).

Moreover, whether or not Sanders ends up winning the nomination, I definitely think it's an unadulterated good that he's in the race. Senator Sanders has been a godsend in giving voice to perspectives that have for too long been marginalized in American politics. Much of political discourse is afflicted by what Elisabeth Noelle-Neumann called "spirals of silence": given perspectives are not aired, and because they're not aired people assume they're marginal, and because they're viewed as marginal even people who might privately be amenable to the perspective still do not air it. When a high profile member of society does give voice to this outlook, suddenly it sends a signal that actually it is "in bounds" and can cause other people to poke their heads out as well. In this respect, Senator Sanders is sort of the light-side version of Donald Trump. Just as Trump has made clear that there is a non-negligible portion of the American electorate that is openly attracted to racist appeals, Sanders has shown there is a real constituency for genuine economic liberalism in America that has punch to it.

What about Clinton? Well, It is true that she has far more executive and foreign policy experience than does Sanders, and that matters. But what matters more to me is that I respect the hell out of her. I think Hillary Clinton is smart as a whip and a tireless worker. I also trust her ability to win a knife fight with Republicans -- important given that the GOP shows no signs of shrugging off its apocalyptic streak in the near future. Her performance during the Benghazi hearing was a thing of beauty and showed the difference between a genuine political professional and a clown-car of amateurs racing to see who can be the biggest embarrassment. 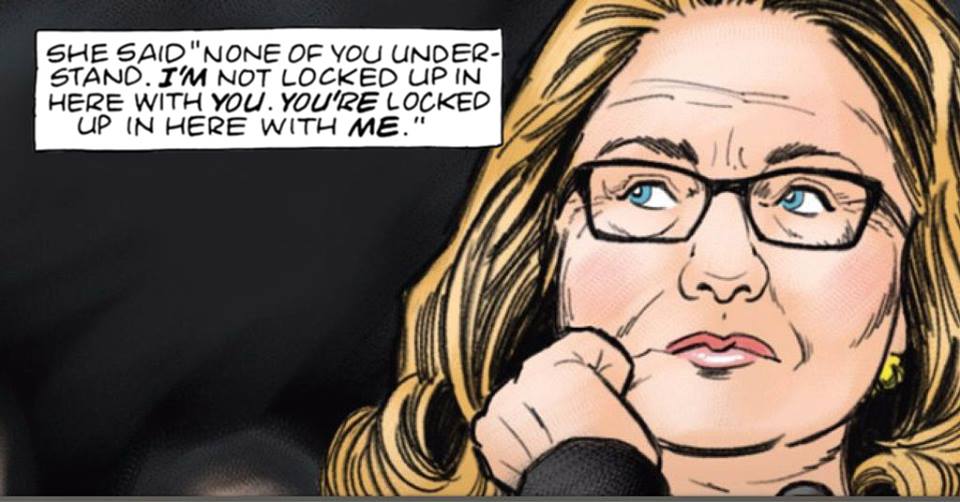 I never liked Hillary Clinton more than in that moment.

But by far the biggest thing about Clinton is that I believe in her ability to get shit done. Perhaps this is the D.C. native talking, but the most important thing about controlling the executive branch is not the soaring speech or the sweeping policy initiative. It's deep in the trenches of the federal bureaucracy: the obscure EPA rule being actually implemented, the right people running the NLRB, the OSHA rules being vigorously enforced for once, the District Court vacancies being filled with solid judges who respect the American constitutional tradition. I think Hillary Clinton gets that. Her pragmatism appeals not because I like compromise for compromise's sake, but because I think she understands all the little ways to move the ball forward, and I think she'll be excellent at doing that. I was never disappointed that Barack Obama didn't transform American politics or end money in elections or obliterate public racism -- I never expected him to do any of those things. But I was disappointed that he seemed slow to grasp the importance of nominations and appointments (in the executive branch and the judiciary). I can't imagine Clinton making that mistake.

So how do these factors shake out? Many of the things I like about Sanders manifest whether he gets elected or not. He's already put pressure on Clinton to move to the left, and he's already demonstrated that progressives are a political constituency that any Democratic presidency must be attentive to (just as Republican elected officials have learned to court to the Tea Party). On electability, I'm not sure if Sanders' current advantages will hold through the general election once a billion dollars of "He's a Socialist!" ads come pouring in. This is particularly worrisome to me because I think the media -- always looking to balance the Scales of Broder -- will jump all over the narrative of "both Democrats and Republicans have nominated extremists!"

On policy, I really don't expect a ton of difference in the broad proposals that a President Clinton and a President Sanders would offer. Maybe I'll like the exact words Sanders puts in his speech a little more. But I do think there will be a big difference between their ability to actualize them into concrete outcomes. I think Clinton knows how to play and win the Washington game, and that on that metric Sanders is at best unproven.

And that's what holding office is about. I don't vote for the President as an expression of "solidarity" or feeling good about myself or "being part of something bigger." I want a President who makes things better. It doesn't matter if it's low profile or obscure or is a victory of a hundred thousand inches instead of a mile long leap. You vote for a President who will get shit done. And that's the arena where I believe, in my bones, that Clinton is the better choice.
Posted by David Schraub at 1:56 PM 3 comments: